Wisconsin has it's own state-operated 529 plan called Edvest College Savings Plan. It is important to note that your child does not have to go to a WI college or university in order to use this savings account. 529 plan funds can be used at any accredited college or university across the nation, including some K-12 private schools!

These rising costs are hitting closer to home in Wisconsin as well. Wisconsin's higher education costs rose by 18.4% in just the last 10 years, ranking as the 43th highest state.

The table below shows the average one-year costs in 2020 for different types of Wisconsin colleges and universities.

These costs rise every year. Rising tuition is a major driver in these increased higher education costs. Tuition at a 4-year university in WI rose 14% (ranked 35th worst in the US), while a 2-year or trade school increased their tuition by 20 percent.

Wisconsin offers tax benefits and deductions when savings are put into your child's 529 savings plan. 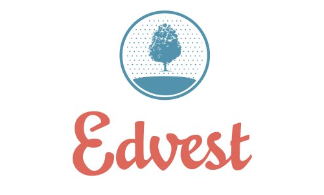 Wisconsin offers two 529 college savings plans Edvest is managed by TIAA-CREF Tuition Financing, Inc. and is available on a direct-sold basis. Voya, under contract with TIAA-CREF, manages the Tomorrow’s Scholar® 529 plan which is sold through financial advisors. Wisconsin’s 529 plans do not require Wisconsin residency. The EdVest Advisor-sold plan ceased to operate under the Edvest name in October 2012 and assets held in the plan were combined with the Tomorrow's Scholar® program.